In the year 1400 John de Marignolli, the Papal Ambassador to the Court of the Mongolian Emperor, wrote about Sri Lanka, then known as Seyllan: “From Seyllan to Paradise is a distance of forty Italian leagues, so it is said that the sound of waters falling from the fountains of Paradise is heard there.” 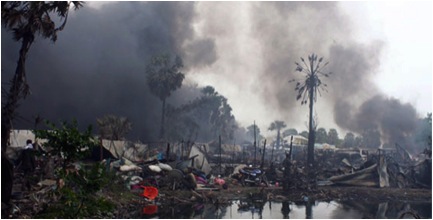 “It is absolutely clear, given the findings in this report, that there must be a great deal of soul-searching that needs to take place if Sri Lanka is going to ensure non-recurrence,” said High Commissioner Zeid Ra’ad Al Hussein. “It is crucial that this historic opportunity for truly fundamental change not be allowed to slip.”

When Sri Lanka became independent in 1948 as part of the dissolution of the British Empire, it rapidly achieved one of the highest levels of literacy in post-colonial and post-war Asia. Known then as Ceylon, it was held up as a model of development. As early as 1964 it achieved universal primary education, then a 92% literacy rate. It accomplished gender parity in enrolment – half a century ahead of the third Millennium Development Goal of eliminating disparities in enrolment in education.

Yet despite their educational accomplishments, Sri Lankans have killed more than 50,000 of their own citizens. The last fifty years have seen intercommunal tension and severe rioting, high levels of election violence, armed uprisings and a long history of human rights violations including sexual violence, torture and abductions. At one point, more people “disappeared” in Sri Lanka than in any other nation under review by the UN. It has just emerged from 30 years of civil war.

The tear drop in the Indian Ocean

These facts always come as a surprise to the vast numbers of people who visit Sri Lanka, described in tourist brochures as “the tear drop in the Indian Ocean”. Currently, over a million people a year holiday on the island. 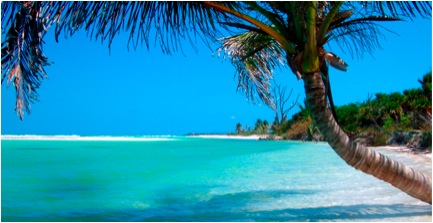 They find the Sinhalese people cheerful and welcoming. They delight in their Buddhist culture. The Tamil people greet you with a broad smile. They are renowed for their love of learning and the arts. There is a thriving Muslim community, dating back to the centuries when their medical genius was highly prized throughout Asia. And the island is thought to have more public holidays than any other country because it observes the holy days of all its religions, including Buddhism, Hinduism, Christianity and Islam.

But for all its charm, highly educated people and economic development – the conventional indicators of progress – Sri Lanka has gone through hell.

In the decades following independence, conflicts over citizenship and language rights between the country’s two largest communities, the Sinhalese and the Tamils, combined with discriminatory legislation created a powder keg of frustration. More than a dozen Tamil paramilitary groups emerged in the 70s and 80s, among them the Liberation Tigers of Tamil Eelam. The Tamil Tigers, as they were popularly known, fought to create an independent Tamil nation. They became known as the “most ruthless terrorist organization in the world”, whose cadres included the Black Tiger suicide bombers and child soldiers.

The state responded with intensified military operations to defeat the Tigers and wrest back land under their control, saying the country had a terrorist problem, not an ethnic problem. Despite efforts to find a peaceful resolution, by the middle of the 1990s the International Committee of the Red Cross called the devastating conflict “a no-mercy war”. There is evidence that both sides violated virtually all the fundamental principles of international humanitarian law.

How could they do this?

We are now hearing about all this this in horrifying detail, now that the United Nations has published its report. There was already grim documentary evidence in the Channel 4 documentary “No Fire Zone”. The footage of civilians being bombed and the corpses of mutilated captives is almost unbearable to watch

Much of the debate is now about who is to blame, and whether anyone is to be prosecuted for war crimes. The outcome, determined by the international politics among the diplomats of the 47 nations of the UN Human Rights Council, is for Sri Lanka to implement a detailed set of major reforms and hold those responsible for crimes to account.

This past week, the UN Working Group on Disappearances inspected the naval base at the country’s east coast Trincomalee habour, which it said had been a secret detention site for systematic torture. The government has so far failed to investigate these allegations.

“The Sri Lankan Prime Minister, who has denied the existence of secret detention sites, should now publicly acknowledge their existence and outline in detail what steps he intends to take to address this problem. The issue has now been brought to his attention and he has a duty to initiate prompt and full investigations,” said the independent International Truth and Justice Project Sri Lanka this week.

There is a deeper question that is even more disturbing to ponder, and which many of us ask ourselves as we watch the daily escalating violence in the world around us: “How could they do this?”

In 1995 I was part of a UK government delegation that went into Sri Lanka’s war zone to assess the remarkable and courageous work of the International Committee of the Red Cross. I was assigned to the delegation as an independent human rights observer. We met victims of the war on both sides.

At one point we drove in a convoy through the bombed ruins of Jaffna, the country’s main northern city. My colleagues had never been there before. The city was famous for its library, had a magnificent market and in the evenings you could hear the sound of local people playing the pianos in their homes. Now, we were passing countless homes that had been destroyed. Bombed by the airforce, booby trapped by the Tigers. The jungle was already growing over the ruins.

One of the staff from the delegation turned to me and asked, “Why are you weeping?” For a long time I couldn’t speak. I was finally able to say to her only these words: “I was here before all this happened.”

None of the devastation on either side of the conflict was the work of monstrous aliens. Everyone caught up in the fighting was highly educated, steeped in their cultures, and trained to do what they did by other human beings.

Last year I returned to Sri Lanka. The war was over. But the country’s worst inter-communal riots in over 30 years were erupting. A mob, inflamed by nationalist extremists headed by a Buddhist monk, attacked Muslim villages in the south of the country, burning their homes, businesses and places of worship. The monk, and his fellow members of the maha-sangha (the buddhist clergy), were wearing the saffron robes of their tradition whose fundamental teachings include this verse:

Through love alone it ends.

The contradiction is obvious and appalling. Hate speech from a man wearing the robes of peace. It is not only in Sri Lanka, but throughout our ravaged world, that we need to face up to this. How have we ended up violating the most fundamental principles of our faiths – with consequences that defy all common sense?

It seems that for all our efforts at education, our accomplishments in science and technology, and our global development goals, we missed out this one basic point. The result is that, like Sri Lanka, we are being torn apart – and our mother, the earth, is being destroyed – by some of the most highly educated and technologically accomplished human beings we have ever produced.