Richard Reoch has devoted his life to defending human rights, working for peace and protecting the environment. 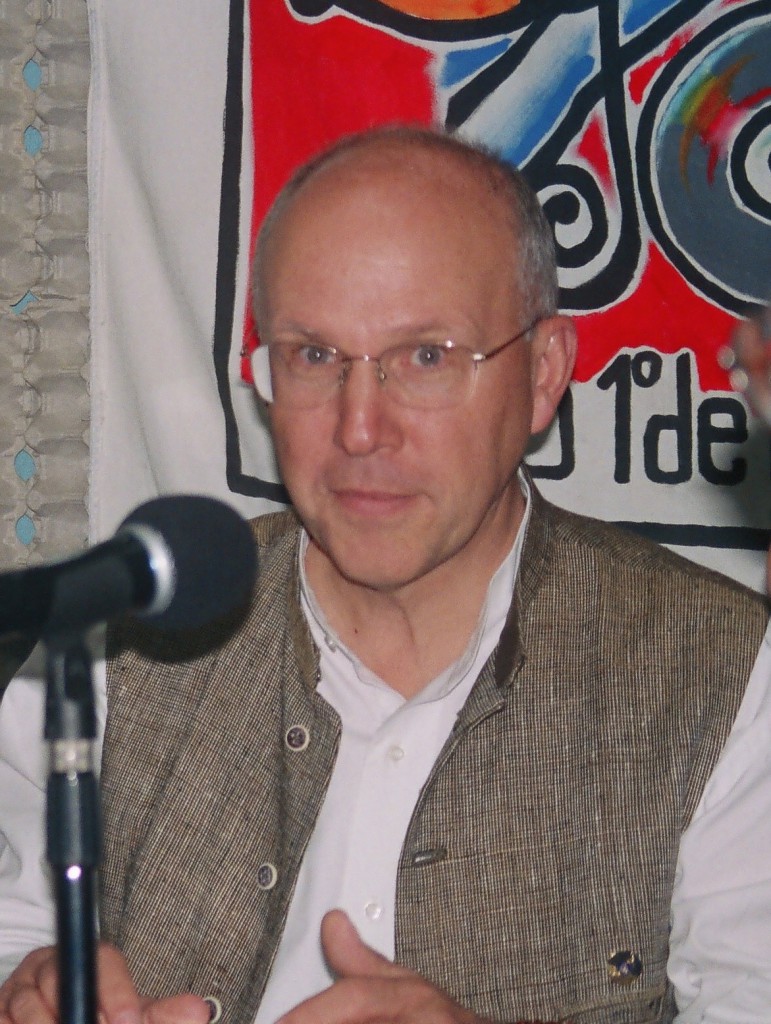 Richard Reoch broadcasting in Santiago, Chile, at a community radio station in La Victoria, one of the shantytowns famous for their resistance to General Pinochet.

Born in Toronto, Canada, he was raised in a Buddhist family, eventually serving as the President of Shambhala, one of the largest Buddhist organizations in the world, from 2002 to 2015. He joined the International Secretariat of Amnesty International (1971-1993), becoming its global media chief (1980 – 1993). He then served as a trustee of The Rainforest Foundation (1996 – 2015).

He continued his work for human rights and peace, engaging with organizations in Northern Ireland (1994 – 2009) and Sri Lanka (1995 – present). He is now a global advocate of cross-cultural communication and inter-faith understanding, speaking out on the rising tide of hatred and violence.

In parallel with his life in public advocacy, he studied the Chinese classical arts of Tai Chi Chuan and Zhan Zhuang Chi Kung for 30 years with Master Lam Kam Chuen, trained as a practitioner of the Shiatsu system of energetic healing, and is the author of Dying Well: A Holistic Guide for the Dying and their Carers.

Richard Reoch was born in Toronto, Canada, on 23 August 1948. He is the only son of Flora Jean Gay and Robert Campbell Reoch. His mother, a Canadian by birth, was the conference secretary of the 1932 founding convention of the Co-operative Commonwealth Federation, founded in Calgary as a political coalition of progressive, socialist and labour groups calling for economic reform to help Canadians affected by the Great Depression. It became the first socialist political party with elected representatives in the Canadian Parliament. In 1935 she married Robert Reoch, a food chemist, who had emigrated to Canada from Blairgowrie, Scotland, in 1917.

At the outbreak of the Second World War, they withdrew from the Scottish Presbyterian Church in Toronto to which they belonged on pacifist grounds. This led to a 15-year search for a new spiritual community. In 1954 they joined the Toronto Buddhist Church, a chapter of the Jodo Shinshu Pure Land sect of Japanese Buddhism, part of the Buddhist Churches of America. As a result, their son Richard, then aged 6, became one of the earliest non-Oriental westerners of his generation to become a Buddhist.

His primary and secondary education took place in Toronto at Crescent School and University of Toronto Schools where he received the Nesbitt Gold Medal. He received a Bachelor of Arts in English Language and Literature from Trinity College, University of Toronto, in 1970. From 1970 to 1971, he was Program Director, Open Windows Community Program, a government-funded initiative to help inner city youth.