Between 1994 and 2009, Reoch contributed to the human rights dimension of the effort to reach a peace agreement that would bring an end to the decades of civil conflict in Northern Ireland. In 1994, he was asked to facilitate the “Conference on Human Rights, the Northern Ireland conflict and the Peace Process” convened by the Committee on the Administration of Justice (CAJ), Belfast in 1995, as well as serve as the principle facilitator for the CAJ’s Strategic Planning from 1999 to 2009. Following the “Good Friday Agreement”, he was invited to facilitate, in 2000, the Strategic Planning Meetings of the Northern Ireland Human Rights Commission, established under the Belfast Agreement to develop a Bill of Rights.

From 1995 to the present, Reoch has served as Chair of the International Working Group on Sri Lanka (IWG), an independent body dedicated to peace, human rights and development in Sri Lanka. 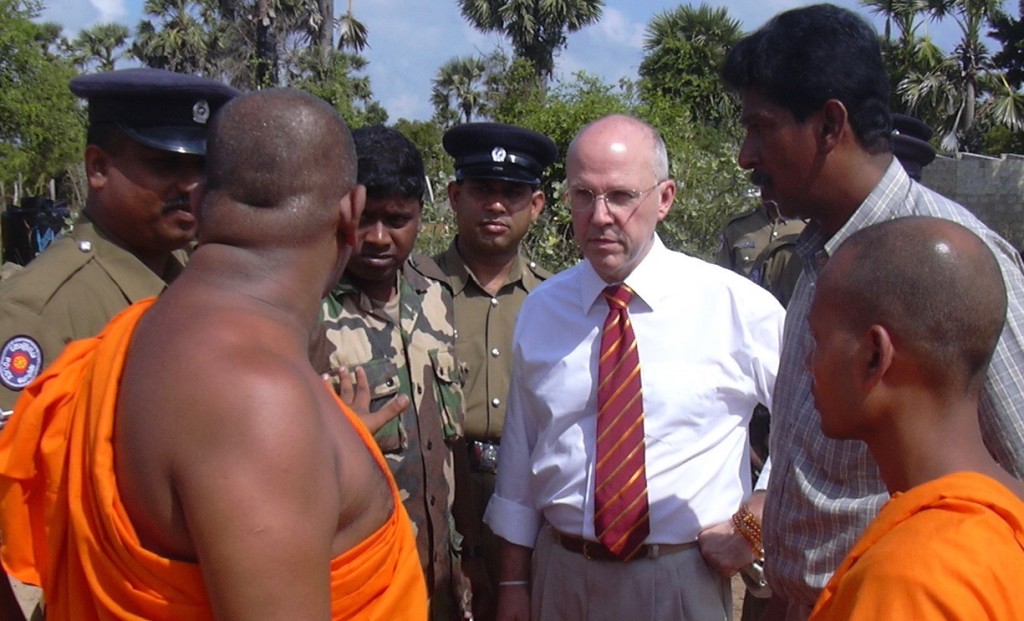 Reoch with senior Buddhist monks and police in North East Sri Lanka near the war zones in the country’s 30-year war.

He was formerly the independent chairperson of the NGO Forum on Sri Lanka. The long-term objective of the IWG programme is to support post-war reconciliation, recovery and reform in Sri Lanka. The programme aims to address the root causes of conflict, contribute to a just and sustainable peace, and prevent a return to war. The guiding principle has been to place Sri Lankan domestic civil and political society, human rights defenders, witnesses and victims, at the heart of the planning, strategy and implementation of international advocacy efforts for justice and accountability in Sri Lanka.

In 2015, the newly-elected Prime Minister, Ranil Wickremasinghe, invited the International Working Group to assist in hosting a consultative meeting of key stakeholders in preparing for constitutional reform in the country. A meeting of international experts on constitutional law is being convened together with the Centre for Policy Alternatives (CPA), and the Edinburgh Centre for Constitutional Law (ECCL) of the University of Edinburgh Law School. 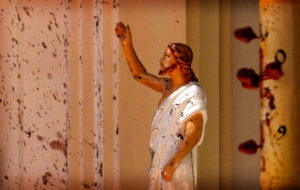 Easter Sunday 2019 witnessed the horrific bombing of Christian Churches and international hotels by an extremist cell within Sri Lanka’s Muslim minority. The suicide bombers were apparently directed by Da’esh (ISIS).

The carnage, even in this war-torn island, was inconceivable and the shock was immense. Whatever efforts had been made towards post-war peace and reconciliation received a huge setback with a resurgence of ultra-nationalist sentiment, reflected in a dramatic shift in the country’s politics. The IWG was involved in discussions with the country’s civil society leaders, international organizations and in a fresh exploration of both high-level and local inter-faith efforts that might lay the ground for dialogue, inter-communal harmony and prevent a return to war.